One of the most fun and challenging aspects of the hair transplantation patient consultation for me is discussing the design of one’s hairline.  Why is this the case?

I have to relay my best knowledge and experience in recommending a hairline design in relation to what the patient wants.  At times, a very long discussion is necessary in order to satisfy both of us.  Sometimes, we agree to disagree and the surgery is not performed.

An example of this occurred today.  A 26-year-old young man with a receded hairline and mild thinning throughout the central frontal region wanted to have a hair transplant.  He came into the office with the hairline he wanted drawn on his forehead asking me what I thought.  The line he drew was about three fingerbreadths above his eyebrows—far too low to be appropriate!  In his mind’s eye, though, this looked good to him.

He had not been on Rogaine Foam or using the Capillus laser cap to stabilize progression of his male pattern hair loss, which without any doubt at all, would be progressing with no such treatments. 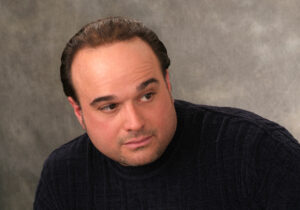 Just think about it.   Here he wanted a very low—an unnaturally low—hairline established when he definitely would be losing his native hair behind it.  If I had scheduled him for a hair restoration (which he was ready to do) and he continued to lose hair away from his hairline, he would need to have another procedure next year again to “catch up” to his progressive hair loss.

The appropriate treatment plan for this patient is stabilization of his continued hair loss with medical/laser therapy for a year and then consider hair transplantation—with a hairline that would be age-appropriate for now and into the future.  He wasn’t thrilled with this recommendation; however, it was the right thing to do for him.

Another consideration that must be remembered when a hairline is designed is that if it is too perfect and symmetrical, it doesn’t look natural.  No part of the human body is exactly symmetrical, one side compared to the other.  Breasts are different sizes; eyes are not exactly the same; naturally occurring hairlines, likewise are not exactly even.  If it is too perfect, it won’t be as natural looking as it should look.

Hair restoration surgery, like all areas of cosmetic surgery, is both an art and a science.  The medical and surgical rules of engagement must be followed. However, the artistic aspect of this procedure may be even more important.

An individual’s facial features, shape of skull, broadness of the forehead, potential for future hair loss, et cetera all must be considered in designing a hairline for a particular patient.

Being honest and realistic and complete in discussing hairline design  are critical components of the hair loss consultation that must be understood and appreciated by both the hair restoration surgeon and the patient.