Researchers Not Certain About The Connection Between Baldness And Heart Disease 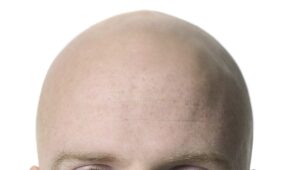 The esteemed British Medical Journal recently published the results of a study conducted by the University of Tokyo regarding a potential connection of heart disease with hair loss. In evaluating over 36,000 men, researchers concluded that men with severe baldness could have a 44 percent higher risk of heart disease during a period of 10 to 15 years compared to men without hair loss.  Men with higher risk were those with the most baldness at the top of the scalp—especially those who had this hair loss before the age of 60.

Though not exactly sure why this is the case, researchers believe it has something to do with testosterone.  Bald men tend to have higher levels of it in their blood.  The men with the hair loss also have higher levels of the enzyme that converts testosterone to DHT—the biochemical culprit of male pattern baldness.  The researchers indicated that this same enzyme could react with testosterone in the arteries to cause atherosclerosis or buildup of plaque there.

So, what is there to do about this?  The association is not one-for-one, so there is no reason to panic.  Any bald man should make their primary care physician aware of this possible marker for heart disease to raise his or her index of suspicion for this potential.  With this knowledge, the doctor can delve in a little more deeply to rule out any heart disease if is deemed necessary.

I wish that they concluded that restoring ones hair would decrease the risk of heart disease…maybe that will be the next study!