The bright lights of playing 11 seasons in the NBA with the Nets, Bulls and Celtics never bothered Brian Scalabrine. Neither did his stint as an assistant coach with the Warriors, where television cameras and media surrounded him on a daily basis. But when Brian, 38, made the switch to the other side of the camera, becoming a broadcaster in the Boston media market, he began to think about how people viewed him. It was only then that the man known for his flowing red locks of hair, noticed hair loss was starting to be an issue. Through his work in the media, Brian immediately knew who to call: Leonard Hair Transplant Associates. 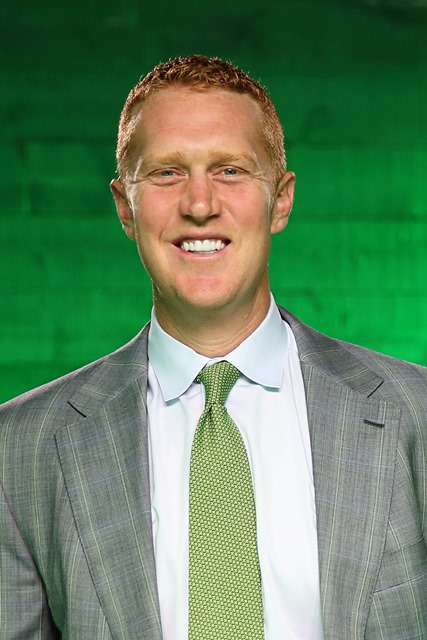 Brian Scalabrine is a guy who likes to do his homework, whether it is breaking down an opponent on the basketball court, preparing for a Boston Celtics game broadcast, or making a decision in his personal life. That’s why he took the time to decide if seeking a hair loss treatment was right for him. “I did the research. I got on my computer and looked everything up, and really became well informed before I made the first call,” Scalabrine said.

Once he knew hair loss treatment was an avenue he wanted to pursue, he called Drs. Robert Leonard and Matthew Lopresti, New England’s foremost authorities on hair restoration. “I was extremely impressed with how much knowledge Brian had during our initial meeting. It was clear he had done his research,” Dr. Leonard said.

Brian first met with these hair loss specialists in August of 2016. “Both doctors were extremely professional and supportive of my self-assessment,” Scalabrine said. “It was comforting to know that they were in complete agreement about the best course of action for my hair loss.”

Brian wanted to square up his frontal hairline, which gets the most attention when he is on camera as a broadcaster. “I am six feet, nine inches tall, so the camera is almost always pointed up at me, placing more attention on my hairline. There is a certain amount of vanity in TV, and when people tune in, I want them to be focused on what I am saying, and not on how my hair looks.”

Two weeks following his initial consultation, Brian underwent a Follicular Unit Excision (FUE) hair transplant at Leonard Hair Transplant Associates’ Newton, Massachusetts office. In this procedure, Drs. Lopresti and Leonard transplant individual hair follicles from the donor area to the area in need.  “They confer with each other and definitely work well together,” Scalabrine said. He stated the procedure was pain free, and he was able to watch two Iron Man movies while the doctors worked on his scalp. “What’s better than that?!” he exclaimed.

Dr. Matthew Lopresti explained to Brian that approximately two to three weeks after his procedure, the individual hairs in the transplanted grafts will grow and then fall out. Around twelve to sixteen weeks, the new hairs will grow at the average rate of hair growth, which is about 1/4 to 1/2 inch per month.   “Brian should see the final results of his Follicular Unit Excision procedure towards the end of 2017.” stated Dr. Lopresti.

Brian is accustomed to having viewers focus on his hair. His glowing red/orange mane, which took on a variety of lengths and styles over the years, became a calling card for Scalabrine during his playing days. “People definitely noticed my hair. I will say that,” he said.

“I am not here to tell people to seek treatment because I did. But, I do encourage all men and women who have thought about hair loss to do the research and know there are options available,” Scalabrine said. “If you decide it’s a step you want to take, make the call.Visit with Drs. Leonard and Lopresti. They will be upfront with you and help you decide the correct steps to take.”

If you or someone you know is faced with hair loss issues like Brian, contact Drs. Leonard and Lopresti to schedule a free, confidential consultation. Call Leonard Hair Transplant Associates at 1-800-543-0660 or visit www.hairdr.com.