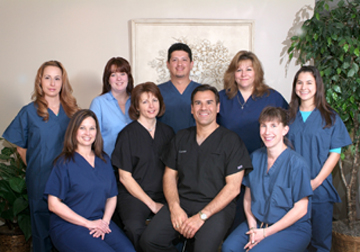 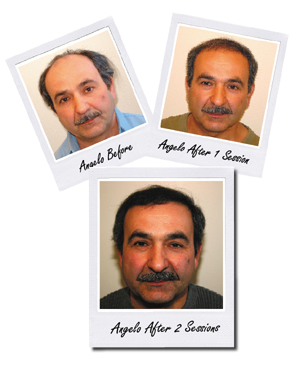 I’d like to tell you about my patient and now friend, Angelo Cataldo. Angelo began losing his hair at age 22, first in the back and then in the front. He didn’t like the way he looked or how his hair felt when he tried to run his hands through it. He was devastated by his lack of hair, a feeling that was reaffirmed when others commented about it.

“Doctor Leonard changed my life around a lot. I feel much better, I look better, definitely look younger and get compliments every day.”

Angelo sought out all types of hair growth products, from shampoos and lotions from his native Italy and from Finland, to Rogaine and other products advertised on television-all with no success. He also knew a couple of men who had hair transplants with other surgeons and they did not look good. He was scared to make a move his friends might laugh, the initial look after surgery might be too much to endure, and his wife and daughter encouraged him not to seek a solution. However, he heard one of my radio ads and decided to call us. At his initial consultation he viewed a book of my before and after photos and was interested in hair restoration surgery. He’s had three procedures over a two-year period, which has provided him with a fuller look over time. It’s been easy for him to transition into having hair again no one even notices that he had surgery.

Angelo says, “Doctor Leonard changed my life around a lot. I feel much better, I look better, definitely look younger and get compliments every day.” People say “Have you lost weight?” and “Wow, you never get old!” He enjoys talking about his experience and feels it is better than any other method. In fact, he’s recommended Leonard Hair Transplant Associates to several friends.

As Angelo can attest, sometimes the hardest step is the first one. I encourage you to call me at 1-888-284-9558 for a complimentary, confidential consultation and visit www.hairdr.com for more information today! 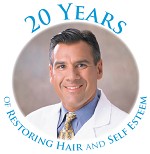