Your November e-newsletter from Dr. Leonard

This year, I participated in the International Society of Hair Restoration Surgery’s (ISHRS) Annual Scientific Meeting of all places in Boston!  The ISHRS is the world’s premier authority of hair restoration.  Since its inception in Dallas, Texas in 1993, I have been intimately involved in its leadership.  I was the Founding Secretary, a Past President, Chairman of the Bylaws and Ethics Committee, Chairman of the Media Relations Committee, along with several other positions over the last 17 years.  It is medical organization for which I am extremely proud to belong. 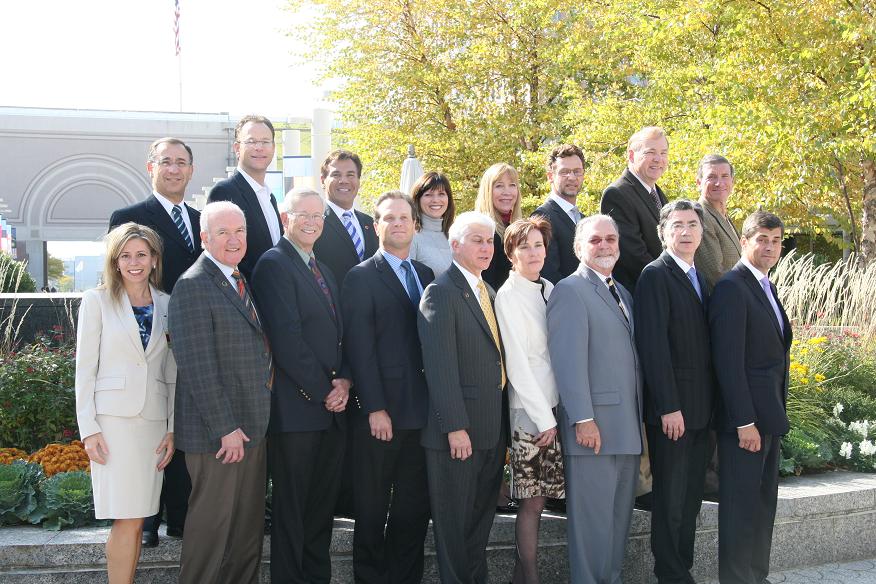 I was one of the operating surgeons in the Society’s Live Surgery workshop, during which I performed a transplant procedure on a young man whose partner is an existing patient of mine—a first for my practice!  Approximately 50 surgeons from around the world directly, as well as remotely, observed and asked questions of the surgeons during the workshop.  I was the first surgeon in the United States to demonstrate a new device created by a colleague in India to insert grafts smoothly and efficiently.   The workshop was a great educational event.

The next day, I spent virtually the entire day in the Board of Governors meeting at which I was a voting member.  People do not really know how much time, sacrifice from family and practice, and energy is put into governing an international medical organization.  I congratulate my colleagues for all that they do to keep the ISHRS running and growing.

That evening, I served as the Chairman of the Newcomers Program, where we matched incoming new members from all over the world with current members who acted as “Big Brothers and Sisters” welcoming new members into the Society.  It was a great success!

The general scientific session was chock full of information about our specialty about which I always learn something.  The next day, I was asked to participate in a session titled “Powered F.U.E.”  I gave a lecture about my experience using the NeoGraft device, which is a new automated tool that I use to extract follicular units from patients’ donor areas.  A major benefit of this device is that it provides a suction function to extract grafts from the donor area without the need to physically pull at them to remove with forceps (as other F.U. E. techniques require), which can be very damaging to the follicles.  This type of transplant allows for healing without a linear donor scar.  It is less invasive and there is less post-operative discomfort than the traditional strip harvest technique.

On Saturday afternoon, I was asked to bring in some of my patients in order to teach attendees about special cases that I have performed.  I was blessed to have one young woman who was diagnosed with brain cancer in 2007, underwent brain surgery, chemotherapy, and radiation treatments, which caused her to have a large area of her hair to be destroyed.  Six months ago, I performed a transplant on her and now she has early and significant growth, which makes her (and me) very happy!  The good news is that much more hair will continue to grow out from the surgery…The second woman was bothered by a receded hairline for which I performed a NeoGraft transplant again about six months ago.  She has great growth to date and is also pleased not to have a linear donor scar. We all received wonderful comments of their results from the surgeons examining their scalps during this workshop.  I sincerely thank both of them for “coming out” and allowing so many doctors to learn from their experiences.

Finally, in addition to all of the educational programming, the meeting offered the magnificent opportunity for me to spend time with dear friends from throughout the world, which is very special and important to me.  It was fantastic to host many friends in Boston, which is a magnificent city full of important historical significance to our history, wonderful architecture, extraordinary neighborhoods, and awesome food!

•The Metro West Daily News reports on the inspiring story of Betsy Grant. I performed a hair transplant on Betsy in March of this year. Click here to read about her journey back from cancer.

•NBC 10 News in Providence aired a story on Dr. Leonard’s use of Low Level Laser Therapy post operatively on his hair transplant patients.

•According to a new online survey conducted by the International Society of Hair Restoration Surgery (ISHRS), the majority of people could not identify a hair transplant in a series of photos between real patients and men and women who have not had hair restoration surgery. Click here to learn more.