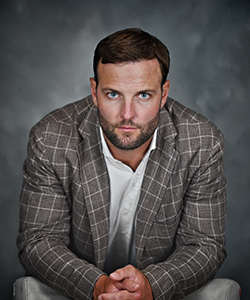 “The hair transplant was the best thing I have ever done,” strong words from professional football player Wes Welker about his procedure with hair loss doctor, Robert Leonard. Wes is a valued patient who was frustrated with his thinning hair issues until he took matters into his own hands.

Welker is a distinguished All-Pro wide receiver who is constantly in the public eye, which factored heavily into his decision to have a hair transplant procedure. “After a game, you get in there and take a shower, you’re hair is still greasy and it’s really not the way you want it to look. It’s frustrating … and you just end up throwing on a hat or something to try and cover it up,” commented Wes.

Visiting Dr. Leonard for the first time was a very comfortable experience he said, “the first thing [Dr. Leonard] said was, I’m your doctor and you’re my patient, and I want to take care of you the best I know how. And whatever I need to do to make that happen is what I am going to do.” After an extensive examination by Dr. Leonard and an in-depth conversation about options, it was decided to move forward with a traditional strip method transplant in conjunction with the use of ROGAINE® and Propecia®.

“Wes faced an issue that really can impact the way a man views himself,” said Dr. Leonard. “50 million men in the United States suffer from hair loss and many don’t realize it, are in denial or are intimidated by the idea of a transplant. When Wes came to me I was thrilled to be the one to help him achieve the hair he was looking for.”

The procedure took approximately four hours, there was no pain involved, and Wes was on a flight back to Florida the same day returning to his normal routine. Within just a week there were no visible signs that Wes had undergone a transplant procedure, and after two to three months there was some noticeable new follicle growth. Wes’ wife commented “I can’t believe how your hair is coming in,” giving him a strong sense of confidence.